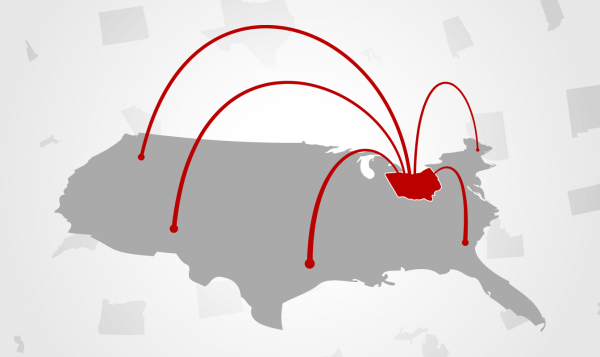 Every U.S. presidential administration strives to leave a legacy — to be known for a policy that has helped propel America forward and set it apart from other countries.

The Obama administration prioritized healthcare reform, while the Trump administration focused on the economy. It has quickly become evident that the Biden administration sets its sights on tackling inequity and inequality in a way that could have a significant impact on higher education institutions and could make distance education more accessible.

While it’s too early to tell what impact the Biden administration will have on state authorization, higher education is at the forefront of his agenda. With the pandemic taking a financial toll on millions of Americans, both the current and previous administrations have focused on providing immediate economic relief to families and communities. Recently, the Biden administration and Congress have made the shift toward economic recovery measures by introducing two policies: the American Jobs Plan and the American Families Plan. The White House called these initiatives “once-in-a-generation investments in our nation’s future.”

The American Jobs Plan, a $2 trillion dollar infrastructure proposal, would largely focus on infrastructure repair and aims to make significant investments in broadband internet access, community colleges and workforce development. The pandemic highlighted the need for internet access fast enough for remote work and learning. President Joe Biden proclaimed, “Broadband internet is the new electricity,” signaling that his administration views broadband internet access as a necessity, not a luxury. According to the Federal Communications Commission (FCC) December 2018 Internet Access Services report, 44 million Americans live in areas with limited high-speed broadband. The president’s proposed solution is a $100 billion plan that would build high-speed broadband infrastructure to reach 100% coverage while making it more affordable.

The proposed American Families Plan allocates $109 billion for two years of free community college and another $39 billion for two years of subsidized tuition to historically Black colleges and other minority serving institutions for students from families making less than $125,000. The president is also proposing $80 billion to raise the maximum Pell Grant by $1,400, which would help low-income students combat the rising cost of college.

Secretary of Education Miguel Cardona called the American Families Plan “a once-in-a-generation chance to see a very significant change in the direction of federal policy that might significantly increase access to higher education,” but cautioned that “it's not a slam dunk.”  Neither plan is expected to make it through the legislative process as written. For example, after early talks between President Biden and Senator Shelley Moore Capito (R-W.V.) broke down, a bipartisan group of Senators convened.  On June 10, 2021, the committee reached a compromise on infrastructure; however, the revised plan is receiving criticism from Democrats and Republicans alike.

Even though it is early in the process, if passed, these plans have the potential to make distance education programs more accessible to students.