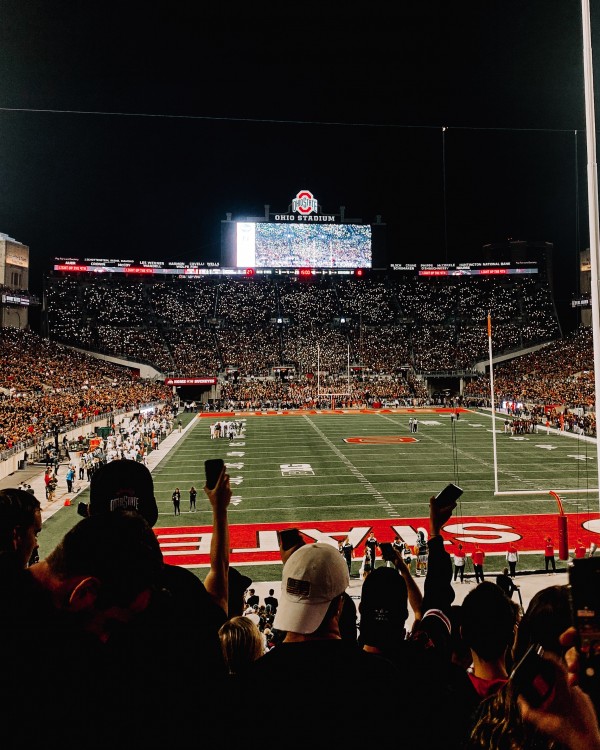 This season, Ohio State’s Wireless Expansion Project had as many wins in Ohio Stadium as the Buckeyes did.

On August 31, 2019, Ohio State played its first game against Florida Atlantic and introduced the new stadium Wi-Fi to the public. This network is the nation’s first Wi-Fi6 stadium network. It placed Ohio State among the top ten stadiums for Wi-Fi usage during the first game of the season.

As the season progressed, Ohio State hit even more impressive numbers (both on and off the field).

“The peak of the season was on October 5, 2019, against Michigan State wherein the stadium observed 25.8TB of data consumption, 18.3TB of which was on the Wi-Fi network,” said Ryan Holland, Associate Director of Wireless and Network Engineering at Ohio State. “This amount of data consumption placed Ohio State as the highest stadium usage of all time, exceeding that of Super Bowl 53.”

Verizon’s first implementation of Passpoint technology was enabled for the Miami game, which allowed “Verizon devices to connect without user action, resulting in a dramatic increase in number of connecting clients,” Holland explained.

“The last game of the season against Penn State saw the highest concurrent client count with 52,400 devices using Wi-Fi simultaneously. It was this game that we observed the highest adoption of Wi-Fi, observing nearly 82% of tickets scanned resulting in a device connected to Wi-Fi,” said Holland.

The infrastructure supporting these impressive amounts of data consumption and Wi-Fi usage in the stadium include:

As the Buckeyes continue to make improvements and changes as they play, so will Ohio State’s Enterprise Networking team. There have been plenty of lessons learned, like making sure wireless access points are sufficiently sealed so they don’t take on water damage and encouraging hungry squirrels to eat things other than new cabling (which took down several access points).

Enterprise Networking is already working on its next steps. We can’t wait to be back in The Shoe!