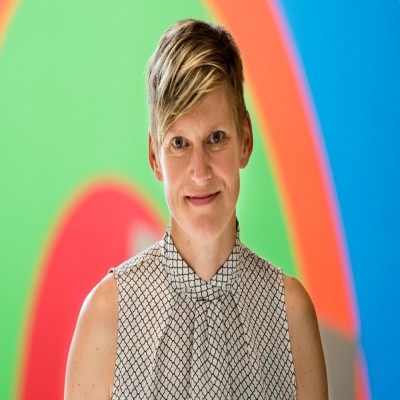 Liv Gjestvang joined The Ohio State University in 2006 and has been serving as Associate Vice President for Learning Technology since 2013.

Her work is centered around student access and success, with teams leading enterprise learning tools, classroom technology, and innovative teaching, as well as Ohio State’s Digital Flagship initiative, providing free technology and coding curriculum to all undergraduates and the Affordable Learning Exchange, which has saved students $13 million in course content. She co-authored College Ready Ohio, a $13.5 million grant from the Ohio Department of Education to support college readiness for high school students. Recently, Liv worked with clinicians, developers, students, and a team from Apple, to build Ohio State: Wellness, an app connecting students with resources for mental health and wellness.

Before coming to Ohio State, Gjestvang worked with community media at a PBS affiliate in New York and taught young filmmakers at the Sundance Film Festival. She is the founder and director of Youth Video OUTreach, which brought together students and artists to produce the acclaimed documentary, 20 Straws: Growing Up Gay. The film screened at festivals, schools, and human rights conferences in the United States, Canada, Europe and South America.

Under her direction, Ohio State’s Digital First initiative, recognized for the development of digital content to transform teaching and learning, received the New Media Consortium’s Center for Excellence Award in 2013 and Apple’s Distinguished Program status in 2015. Her work has been cited in academic journals and books including "Studies in Art Education" and "Interrupting Hate: Homophobia in Schools and What Literacy Can Do About It.”

Liv has served as faculty and co-director for the Educause Learning Technology Leadership Institute and is on the Unizin board and Big Ten Learning Technology Leaders committee. She was recipient of Ohio State’s 2014 Distinguished Staff award, the 2015 President & Provost Council on Women’s Glass Breakers Award, and the 2017 Educause Rising Star award. She is currently serving on the President’s Task Force on Racism and Racial Inequity and has written and presented about community media, social justice, college affordability, and transformative leadership across the US.